The Universal Windows Platform (UWP) version of OneNote will now be the only app available for Windows 10, as Office 365 and Microsoft Office 2019 will do away with the 32-bit desktop app.

Microsoft's OneNote desktop application is nearing the end of its journey, as the software giant will stop developing the product line past the 2016 edition. But don't panic just yet, OneNote 2016 will share the same lifecycle as Microsoft Office 2016. The desktop app will receive security patches and updates until October 14, 2025.

Developers are directing their efforts to the Windows 10 OneNote app, where the switchover will be formal once Microsoft releases Office 2019. The current plan is to have Office 2019 in store shelves by the second half of 2018, and most of the features in OneNote 2016 have been added to the Windows 10 version.

What requested features will eventually make it to OneNote for Windows 10?

Users who are new to Microsoft Office 2019 or Office 365 can still install the OneNote 2016 application. The Windows 10 version and the 2016 version are still compatible until further notice.

Don't hesitate to call us today for more information on how to keep your software up to date while securing your private data at the same time!

Published with permission from TechAdvisory.org. Source. 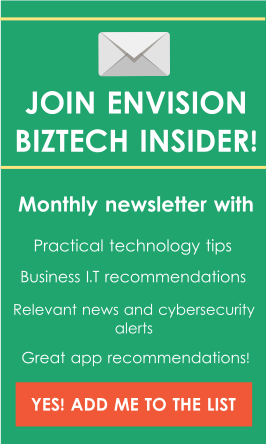